A Neuroscience Model For Marketing 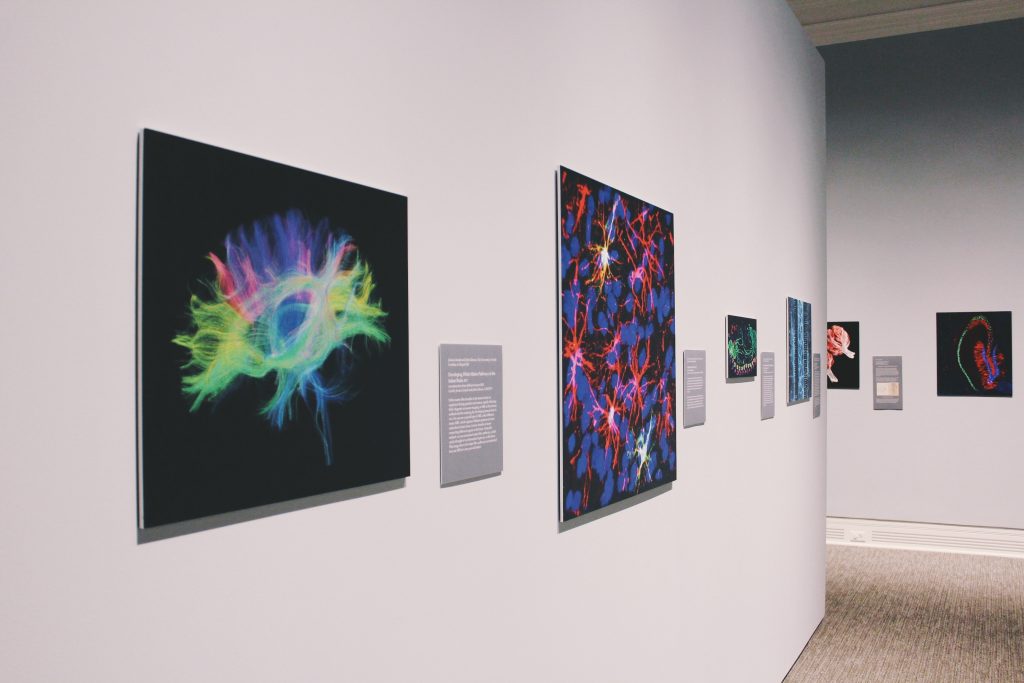 In this post, I’ll lead you by example through a neuroscience model that can immediately improve any marketing project, brand, or email you’ve got in the works.

I can’t stand pure theoretical, so I will work through a real marketing and neuroscience case I have right now as we go through. Maybe something useful will pop out!

My example: at Pinwheel we are building a phone for kids from the OS up, and building the tech brand that parents (including ourselves) can trust to have the best interests of their children and family in mind. Since we’re early stage, I’m not going to think of a specific drip email series or landing page, but more overall thoughts on the brand and tactics.

Now think of your example, so you can work through the prompts with me. If you aren’t marketing a product, choose an idea you need to internally market at work, or even yourself.

A Neuroscience Model for Marketing

I collect frameworks. It’s provocative of fresh thinking to seek inspiration from other muses.

Some of my favorite ideas have come from pulling cross-industry frameworks to collide. It’s commonly written about, too, like what we can learn from improv to pitch a marketing plan (Forbes), or how a poker player brain might play a business negotiation (HBR).

There’s no comprehensive list. If there was a simple playbook to marketing, you’d all eventually regress to the mean anyhow. So here’s one fresh neuroscience meets marketing model that comes from counselling.

One of my favorite books is Soar Above, by Dr. Stosny. It’s so good because it really delivers on the subtitle: “How to use the most profound part of our brain under any kind of stress.”

To be clear: we are applying a counselling model, often used in therapy.

Stosny deals with two major parts of the brain, which he affectionately titles Adult Brain and Toddler Brain. If you’re familiar with neuroscience already, this is the rough breakdown:

You can tell when someone is going to automatically negate whatever you say that they’re operating from Toddler Brain. And you can notice it in yourself sometimes, which is a good hint to take a break. We are at our best when we are integrating all parts of our brain, including the Toddler Brain’s regulation of repetitive physical actions (so we don’t have to calculate the gas pedal, for example) and safety conditioning.

Straightforward enough. What it means is adults who are in a self-regulated state trigger to Toddler Brain and calculate to Adult Brain. That means if you want to guide down a rational decision-making process that leads to your objective, you want to stay safe (trustworthy) and provide a natural step-by-step path for the rational brain to make up its mind. And if you want to appeal to fear, then… go read some other blog.

But folks could be in a natural state of fear, or easily triggered into one. And in marketing, sometimes we only have that split-second to prove that we are safe as we hook someone into enough space to even make a consideration. That could be photos, fonts, suggestions, website speed, schemes, questions, or a host of other micro-clues that bypass adult decision making and speak straight to our animal brains.

I’m going to relate three neuroscience facts here that for me illuminate exactly why Toddler Brain is quicker to act than Adult Brain:

To conclude this section, then, we know that we must be aware of both parts of the brain at work, that the Toddler Brain makes judgments faster than the Adult Brain processes facts, and marketing is foolish if it ignores the state of the audience.

(That’s why I can’t speak to an audience, by the way, without asking about them and in the moment attempting to assess the “frame of mind” (pathos, from Aristotle) that the listeners are in. That tells me how to connect to Adult Brain, through the current guardedness of Toddler Brain. If you’ve been to one of my talks in Austin on the neuroscience of dropping guard or similar, then I probably sound like a broken record by now…)

I suppose you could call this “7 steps.” But there’s no order since the brain is judging all factors simultaneously. So treat it as 7 steps for you to think through in prep work to be deliberate, but not as “7 steps to deploy in order” for an audience.

Stosny explains these7  habits and pathways that make up the two categories of brain behaviors:

We want to trigger thoughts of learning, the imagination of being better, and improve our mood towards a brand or product as we think about its impact on our own current or potential improvement.

For Pinwheel Marketing: I choose to tap into the thought that almost every parent wants to improve the relationship between responsibility and privilege when it comes to using technology.

For Your Marketing: Write down any idea this prompted. I actually prompted three or four myself, but choose not to bore you with them all because this is about you, not me!

Gratitude is an oxytocin releaser. Oxytocin is a much more significant kind of reward, over the long haul than minor dopamine hits. It leads to satisfaction. To really release oxytocin, we need about 4-8 minutes in gratitude (I’m told), so a video may be helpful here. But we can also tap into appreciation by tapping memories of appreciation, which are already solid associations of oxytocin.

For Pinwheel Marketing: I’m thinking our marketing messaging should tap into appreciating the “magic moments” of life and helping anchor parents that usually those don’t involve technology. The more we realize our happiness isn’t around the corner in gaining something or being capable of something, the better our lives and connections will be.

For Your Marketing: Now you know the drill… P.S. I’m committed to being real with you, so each of my own Pinwheel comments are literally my first brainstorms, unedited.

Connection is what gives humans meaning in their lives. Much of our work and achievement is really associated with feeling more connected to special groups of people, or even to our own identities.

For Pinwheel Marketing: Social media is not connected in most formats—it’s a broadcast of perfection and based in comparison (Toddler Brain!!!). So I want to talk about connected media: walkie talkie apps, Marco Polo, a mobile wallet that fuels parent/child discussions over money and plans and dreams.

For Your Marketing: ::insert elevator music::

Protection is tricky. This may help: a distinguishing trait of childhood development is to go from being the center of one’s own universe to letting other planets (people) in and being in relationship with them. Protection is about serving on behalf of the dreams of another.

Let’s write the top risks of triggering Toddler Brain, so we make sure and avoid (haha) these ourselves, while also thinking about things we can slowly prick if we’ve earned enough trust.

For Pinwheel Marketing: top risks include self-blame on not having family tech culture figured out, or blaming the other parent. Denial includes self-denial of one’s own tech habits, so maybe some simple statistics about average checks per day, stories of how kids perceive their parent phone addiction, and some table conversation topics for tech. Avoid ideas prompt me to think about parents who are avoiding that their six-year-old must one day have a phone—an oncoming train they’ll want to avoid.

For Your Marketing: I did this one a little differently myself. It’s tough to think negatively. Give it your best shot. Remember, we’re reaching from a cross-disciplinary framework, not coming up with the next McKinsey market research framework.

Conclusion: The Psychology of Neuroscience is All Over Marketing

Ultimately, neuroscience is about how humans behave. And marketing is about helping people make decisions. That’s almost the same thing.

If you’re not pursuing a neuroscience-informed marketing strategy, you’re probably missing out on some of the key drivers of behavior and likely talking about yourself (yuck—let’s avoid that, us audiences say), revealing intentions to get without giving (gross—I blame people like you for tricking me before!), or talking about your solution instead of my problem (stop it—I deny you the basic trust that your solution even works).

While it may seem tedious to think of your audience first and entice them in, you’ll ultimately stand a far greater chance of succeeding when their own brain starts doing creative work on your behalf. And it only does that when you trigger an Adult Brain into trusting you a little, equipping it with some facts, and letting it do its thing: build up enough data to make a decision. 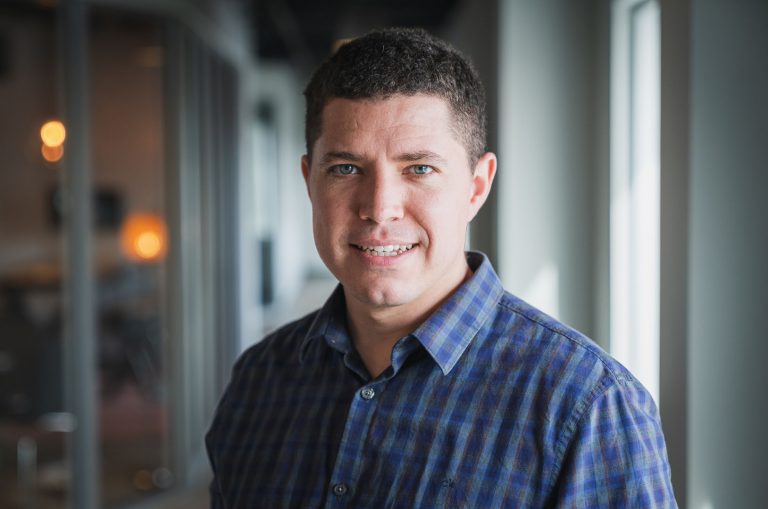 Imagine you’re at a roulette table with 100 chips. You’ve heard of this happening before but never imagined it would happen to you… the dealer

Books-per-year is an awful metric

It’s that new years season. I’m seeing all the stacks of books and book count posts. It got me starting to count all the books

PrevPreviousPractices – How A Growth Coach Communicates Tech Products
NextWho is the protagonist?Next